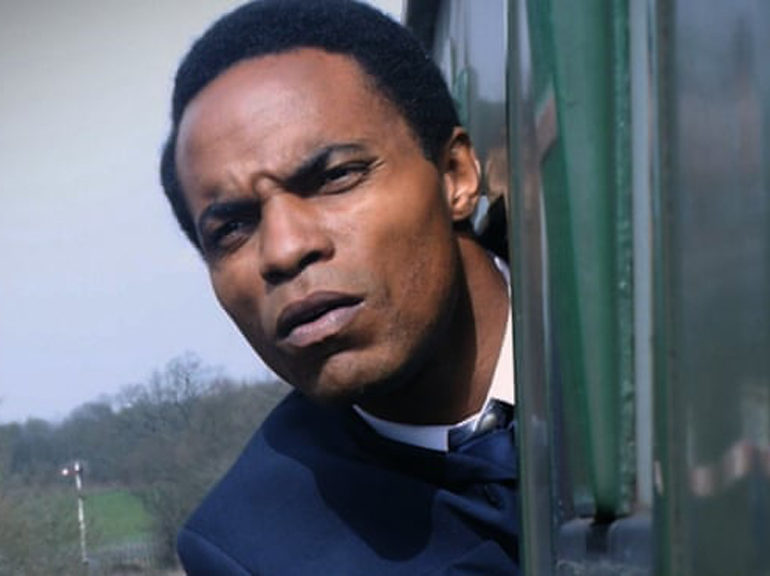 One of the top ways to celebrate Black History Month—and the moviegoing experience in general—is to attend the Los Angeles-based 28th Annual Pan African Film & Arts Festival. PAFF focuses on Black-themed films, ranging from studio pictures to indie productions, with works from Hollywood, the USA, Mother Africa, the Caribbean, Melanesia (the Black South Pacific Islands, such as Fiji), Australia (this fest remembers that Down Under’s indigenous people, the Aborigines, are also Black) and beyond.

The features, documentaries, shorts, animated pictures, etc., from Africa and the Black Diaspora provide movie fans an opportunity to see independent and international films in the world’s entertainment capital that Angelenos may otherwise never get an opportunity to view. This yearly cultural gemstone includes workshops and panels presented by the PAFF Institute, plus an ArtFest centered at Cinemark’s Baldwin Hills Crenshaw Plaza and the adjoining shopping complex.

The following evening PAFF’s “Spotlight Screenings” were launched at its flagship Cinemark theaters with The Last Black Man in San Francisco, with two of its stars on hand and a panel discussion inspired by the feature’s theme of gentrification and the dislocation of African Americans. PAFF’s venerable co-founder and Executive Director Ayuko Babu, a former Black Panther who instills political consciousness into the Festival, welcomed the theatergoers and co-stars Danny Glover and Jimmie Fails (who portrays a character with the same name, which makes sense as Fails derived much of the plot from his own life).

The semi-autobiographical movie had actually been released last year in L.A., but only briefly. Leave it to PAFF to revive and bring this indie film back and to place it in the cultural limelight. Co-writer Fails’s story focuses on the Black community, instead of San Francisco’s famed landmarks known to millions of tourists and armchair travelers. Last dramatizes how African Americans are being squeezed out of the increasingly tight housing market in the City by the Bay. White realtors and bankers are portrayed in unflattering ways. Directed by the Caucasian filmmaker Joe Talbot, Last is told in a highly stylized, artsy, impressionistic way, and I was impressed by its creative visualizations.

There is also an extremely beautiful, moving scene I won’t spoil for readers when gang-related violence threatens to engulf Fails’s character. Jonathan Majors (who co-stars with Idris Elba in the upcoming The Harder They Fall) plays Jimmie’s friend, Montgomery Allen, while Glover depicts Grandpa Allen. There are a couple of good fun scenes perfect for filmfest-goers that cineastes will adore, wherein Montgomery describes to his blind grandfather what’s happening onscreen in movies airing on TV. (I believe the first flick is the 1949 classic crime drama D.O.A., starring Edmond O’Brien.)

Last ends with a graphic, expressive evocation of its lead character being, literally, adrift. This finale reminded me of the heart-wrenching endings of François Truffaut’s 1959 French New Wave masterpiece The 400 Blows and the 1962 British Angry Young Man classic The Loneliness of the Long Distance Runner, directed by Tony Richardson. Alas, Last is one of those films that Oscars-so-white (and Asian!) completely overlooked, although it was Spirit Awards-nominated and won at the Black Reel Awards.

As the Pan African Film Festival is a very politically aware event, the ensuing panel discussion presided over by KJLH host Dominique DiPrima (Babu reminded the audience that this radio station is owned by Stevie Wonder) used Last as a springboard to take an in-depth look at gentrification and housing issues, and in particular how these injustices impact African Americans in L.A. and beyond, as homelessness spreads rampantly. In addition to Glover and Fails, the astute, insightful panelists included activists Damien Goodmon (Crenshaw Subway Coalition) and Jasmyne Cannick, a political strategist currently seeking office.

Nse Ikpe Etim Engages Fans on the Anniversary of her ‘This Is Not A Masterclass’ Series.

After his critiques of capitalism, I asked Danny Glover if socialism was the solution and the longtime activist replied: “I think the American people and the people around the world will figure out, at some point in time, God willing, before we destroy ourselves, whatever system needs to be enacted and put into place is the system that’s going to save humanity and the planet itself. Period.”

PAFF continues through Sun., Feb. 23 and among the works I want to see is 15 Minutes, directed by Rocky Collins and written by Penelope Lowder, the niece of Otis Redding. At the premiere of her outstanding play West Adams—also about gentrification and playing through March 8 at L.A.’s Skylight Theatre—Lowder told me about 15 Minutes, her short about speed dating and, with a twist, racism. 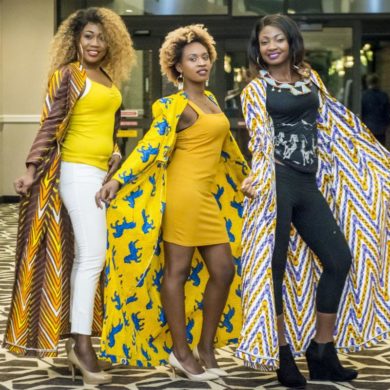 Global cultures come together at Umoja (Unity) Gala in Concord