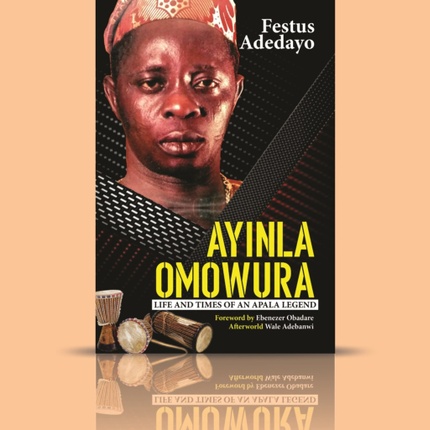 A Book Review of Festus Adedayo’s Ayinla Omowura: Life and Times of an Apala Legend

Alhaji Ayinla Omowura was killed in a beer parlour brawl on May 6, 1980 in Ago Ika, Abeokuta.

Aged 47 at time of death, he was an apala musician at the height of his powers. He had waxed about 20 albums for EMI records to both critical and commercial acclaim. He had also acquired wealth from his concerts and so owned houses and luxury cars, married wives, sired children and was effectively, an accomplished man.

So how did he end up in a brawl and why did he meet such a violent death? This is the concern of this 537 page book, a communal biography, if you like, of one of Apala’s most successful practitioners.

The book’s premise is reminiscent of a historical crime thriller and the scintillating minutiae of the late crooner’s life fills this book. It takes the amorphous mould of a retrospective inquiry sometimes, an ethnomusicological survey at other times, but there is, always, an anthropological post-colonial outlook of the working class of the ancient city of Abeokuta.

Told entirely through interviews of different sources clustered around similar themes, it is the duty of the reader to piece together all the granular and sometimes contradictory details to make a sense of what those who knew the man, Ayinla Omowura, thought he really was.

His wives, children, band members, associates, siblings, contemporaries, friends, admirers and even detractors all offer their refrains to the chorus: who was Ayinla Omowura? And as expected, their stories are varied, hyperbolic, self-serving but always coalescing towards the undisputable details regarding his life and times.

Apala music is a variant of traditional Yoruba music popular in the colonial and immediate post-colonial period. Its exact origin remains debatable but there is a consensus around its shared origin with were, sakara and fuji as Islamic music that developed from “a musical response” to waking faithfuls during the holy month of Ramadan.

An attempt to explore the discrete entities of these various traditional forms of Yoruba music will be an exhausting endeavour with little reward but a vague understanding of the hierarchical timeline will be to place were first, then sakara (whose Christian equivalent is called ashiko) , then apala and the more modern and improvisational fuji which remains in high demand in Yoruba societies.

Christopher Waterman in his seminal book on Juju described Sakara style as “grounded in traditional Yoruba norms and techniques, including call and response singing, the generation of complex rhythmic structures through juxtaposition of multiple repetitive patterns, a preference for dense ensemble textures and buzzing timbers, and the predominance of praise lyrics”, this description caters to the vocal constitution of Apala music as well.

The recently deceased, Adewole Alao Oniluola, Ayinla Omowura’s lead drummer, avers in his interview that Apala began first as a drumming genre and the vocal accompaniment was a later intervention.

Music, a vital aspect of cultural expression, is a dynamic concept, so that if the talking drum came first, the bell (agogo), the rattle instrument (sekere), the thumb piano (agidigbo),  the iya ilu and omele quickly joined the ensemble.

The vocal aspect of the music requires a lead singer and a chorus of co-singers, who respond to the lead singer, while the drums and rattles quiver in the background, and the lead drummer adds percussive flourishes.

The music, luxuriating in the Yoruba imaginary of paranoia and perennial rivalry, addresses an audience, real or imagined, drawing their attention to dominant themes of self-praise, peer praise and individual praise of patrons. With rich poetry drawing from Yoruba cosmology, idioms and proverbs, apala music shimmers at a slow tempo, perhaps this is why it is often performed sitting.

Ayinla Omowura: Life and Times of an Apala Legend tracks Omowura’s early childhood in colonial Abeokuta and its suburbs. There is a digressive and expansive flair to the gritty details that sets up what the ancient city was. Egbaland boasts of several successful musicians and to borrow the words of film maker, Tunde Kelani, there are three major names: Fela Anikulapo-Kuti, Ebenezer Obey and Ayinla Omowura.

While the deceased Fela rose from highlife musician to innovating that incendiary music, Afrobeat and acquired international acclaim, Ebenezer Obey began as a highlife musician who later settled into the comfortable terrains of juju music, a variant of palm wine highlife music local to the Yoruba. His patronage grew from the 70s to include the rich and highly placed in the society. Ayinla Omowura was courted by the working class and his fame was somewhat regional. He was supremely popular in Abeokuta and its environs.

Ayinla grew up in a humble household. His adolescent years and early adulthood was itinerant. Known for his quick and bad temper, he moved out of his parent’s house and pursued a peripatetic existence, holding different odd jobs.

The book’s impulse depends entirely on ‘hearsay’ from different interlocutors with varying levels of authority. Relying on individual memory from events from at least 40 years since his passing is quite tricky. Memory may have receded, calcified and been revised. But what is lost in exactness of memory is found in the rallying of a communal narrative, which is also a kind of mythmaking; hyperbolic and declaratory, the distance between truth and fact is obliterated in a narrative that can hardly be challenged.

Aspects of the book read like acute mythologising of Ayinla’s person. This appears not to be deliberate but what is achieved is a larger than life portrait of a diminutive man with facial marks and lush sideburns, a flare for a temper and a flamboyant life lived vigorously and in full. The consensus often varies around even undisputable facts, including his love for weed and women.

Ayinla was a reveler whose love for the night and beer parlour was legendary. A light drinker of the Gulder lager beer, his major vice was cannabis and cigarettes and female beer parlour owners, whom he dated in droves.

His generosity was obvious to some: buying rounds of beer wherever he showed up and doling out money as gift. But there were others with counter-narratives. He was believed to be quite insecure and an envious character who would rather be the giver than the recipient.

Each detail is explored, including his impeccable dress sense which bordered on a vulgar display of wealth. He was known to wear exquisite and trendy clothes, swathes of gold chains, bracelets, rings and expensive watches; however there was scant attention paid to his shoes.

It was in this characteristic style of dressing that he approached the beer parlour where he would meet his end that Tuesday afternoon.

Almost every decade in Nigerian music, beginning from the 50s, has been plagued by a death scandal. In 1955, the mutilated remains of Israel Nwoba Njemanze, one third of the highlife band, Three Nights Wizard was found on a rail track. The circumstances of his gruesome death remain unclear but there had been an argument with his band members the day before, because he wanted to quit the band. Eight people, including the band’s treasurer, were charged for his murder and found guilty in court.

Ayinde Bakare, a famous singer who introduced the electric guitar to juju music, was found in a mass grave twenty days after his initially unidentified corpse was retrieved from the lagoon. His band suspiciously carried on with musical engagements and profit sharing—this may have influenced the coroner’s submission that two members of his band knew more than they were willing to volunteer regarding his sudden disappearance and eventual drowning.

Ayinla Omowura, in his song tribute to Ayinde Bakare, remarked on how his unique tattoo aided in identifying his corpse; Little did he know that in less than a decade, he would also be a recipient of violence from one of his band members. Although he was aware of his death, in that blurry Macbethian sense, and was said to have discussed with his band members that one of them was going to take his life, he was ignorant of the finer details and so would have stayed out of that beer parlour.

Omowura, although not an easy man to like, was not deserving of his violent death or any form of death at all. A lot of book space is given to the retinue of tiffs which he indulged in with his contemporaries and recorded music about. One of his skirmishes was with the late Ayinde Barrister, the innovator of Fuji music, who was, at some point, the president of Ayinla Omowura’s Fan Club. The rumour was that following Ayinla’s murder, Barrister skedaddled up north to hide from the wrath of Omowura’s fans.

The author expends energy on details like Barrister’s alibi and  Omowura’s self-affirming religious inclinations. Omowura, obviously, a nominal Muslim, was steeped in his traditional Yoruba religion as he was with the music. He was conscious of that constant Yoruba imagery of the inimical non-self and prepared himself against potential harm with sorcery, soliciting charms, spells and other paraphernalia of spiritual warfare.

The duo of his composer and his aunt offered him spiritual backbone as the basis of his worldly flamboyance, but his aunt’s unexpected death was hypothesized to have provided a lacuna for the evil onslaught of his death for which his band member was a mere vehicle.

In excess of 500 pages, this book could have been at least 100 pages shorter with more attentive editing to trim the excess of over-enthusiastic interviewers and over-wrought anecdotes that hardly benefits the book’s narrative. Regardless, Ayinla Omowura: Life and Times of an Apala Legend is an important and timely book and a necessary read for those interested in traditional Yoruba music and a snapshot of the post-colonial working class of Abeokuta. 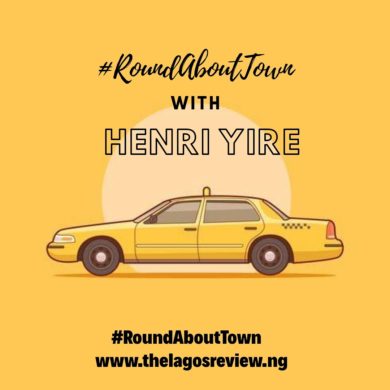