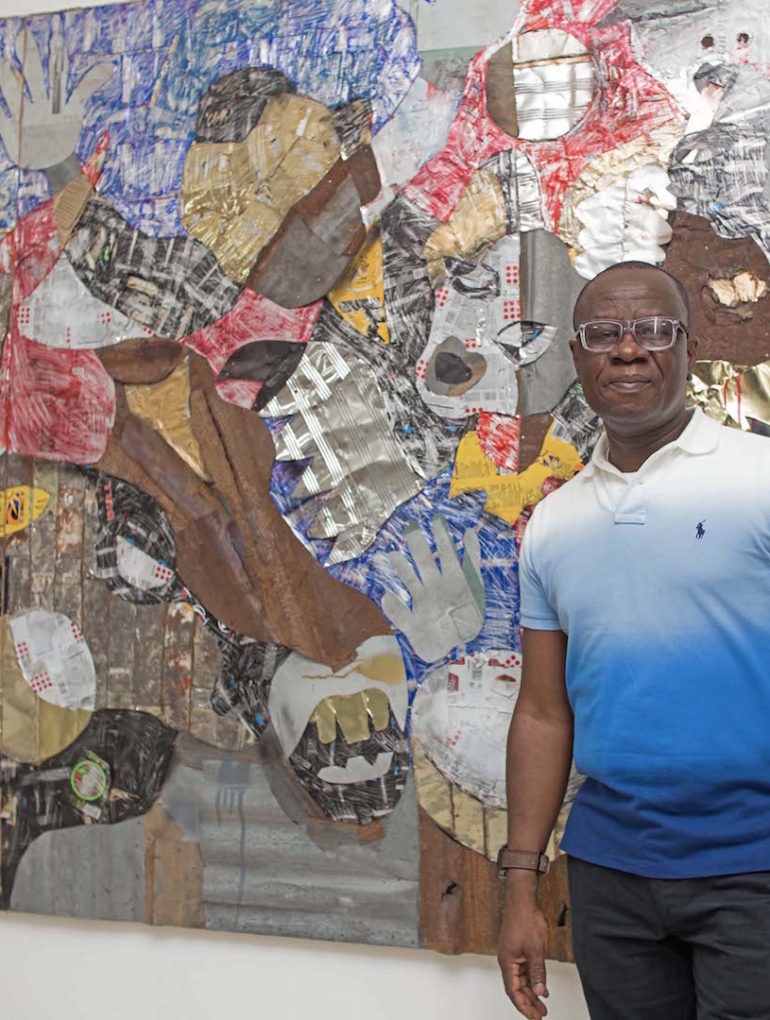 In this short essay, Toni kan shares his insights pertaining to Rom Isichei’s art practice in the light of a recent exhibition curated by Ugoma Adegoke of Bloom Art for Constant Capital

Chatting recently, via WhatsApp, with an artist friend, he shared his new work with me.

When I commented that it was different. He sent a terse reply – Innovate or die!

This is important because as Jhumpar Lahiri wrote, artists are interpreters of maladies, they are auguries of new epochs as well as chroniclers of the zeitgeist. They define not just the present but anticipate the future.

This is important in contemplating Rom Isichei’s oeuvre which has been defined by change and evolution as he constantly engages with all that is new and fresh and novel.

At the 2016 edition of Art X, Isichei represented by Bloom Art, exhibited a body of works depicting subjects interacting with their mobile phones. It was a casual nod to a device that has become, in many ways, an extension of our arms. It was a timely commentary that defined the times and which riffed on Banksy’s 2014 mural – Mobile Lovers – in a manner that was clearly Rom Isichei’s.

Rom Isichei’s new body of work executed all on paper and presented by Ugoma Adegoke of Bloom Art continues on that trajectory of the innovative. Why paper? Why not paper?

Every medium, every hue provides the artist with a new visual language, one of communicating with his audience because to borrow from Mikhail Bakhtin, the best art is dialogic.

Rom Isichei’s visual language, his iconology if you will, that which he calls his visual compositions could be essayed as having been taken straight out of babel but without the incoherent babble. His visual language is heteroglossia, a collage which has seen him communicate in the language of the canvas, of found objects, of metal, of pencil and coal on paper and many other iterations.

But all in this he has remained fluent and eloquent in the language of beauty which is all that matters, that which endures ultimately.

In the body of work on display, Rom Isichei presents works which, as he explains in his artist’s statement, are mined from a place of nostalgia – “visual snapshots of everyday life that enact our shared humanity, celebrate the vibrancy of unrestrained emotions….”

The subjects are filched from the everyday, but there is beauty and something ennobling in their monochromatic and quotidian ordinariness as Rom Isichei outlines them using pencil strokes, graphite powder and chalk pastels.

Because the works are executed on paper, the images and subjects acquire a flatness that insists on not being one dimensional. The works then become, in that sense, a masterclass in symmetry, form, rhythm and fluidity.

That is at the core of Rom Isichei’s visual interpretation of our times. 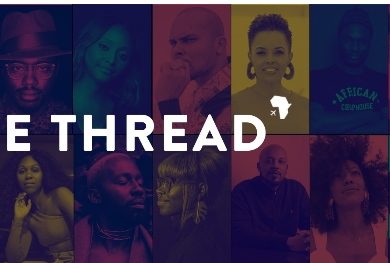 TasteMakers Africa Unveil THE THREAD; Conversations Beyond The Return- Volume 4.