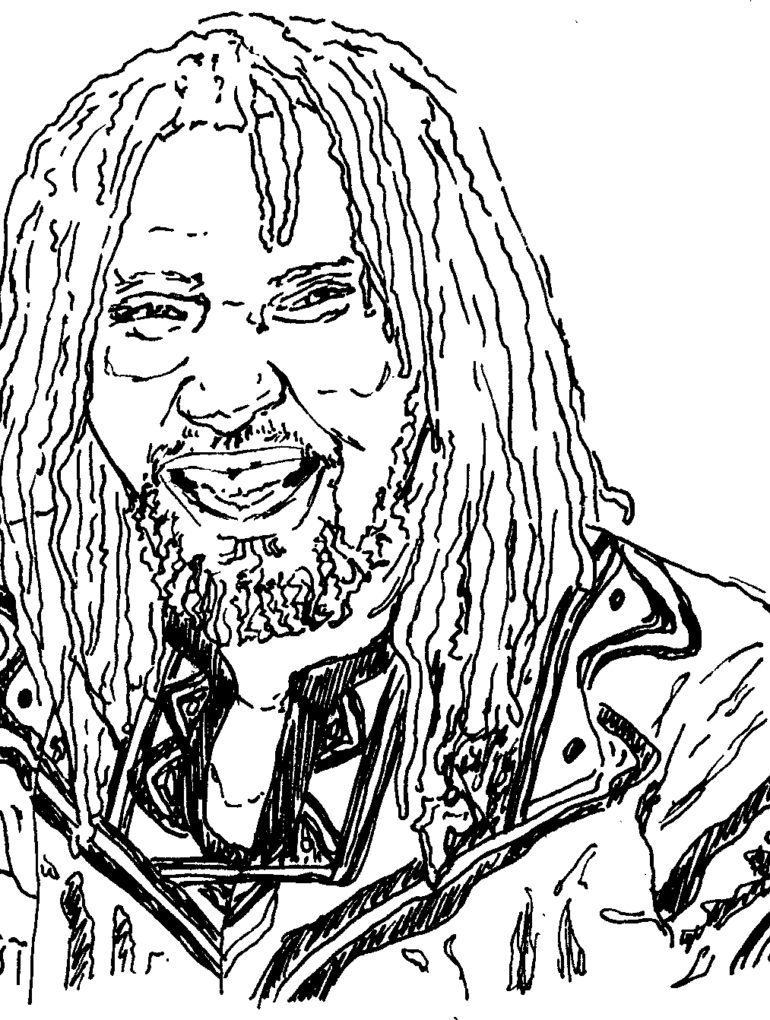 Tiken Jah Fakoly, born Doumbia Moussa, is an internationally renowned Ivorian reggae singer from Odienné, a town in the northwestern region of the Ivory Coast. Heavily inspired by Alpha Blondy, another Ivorian reggae star from the 1980s, Fakoly began his musical career at the age of 18, secretly composing songs that he hid from his strict Muslim family. By the late ’90s, he released a string of albums and was touring regularly around his home country. However, it wasn’t until his first internationally distributed album, “Françafrique,” that he gained a wide following throughout Africa and the rest of the world. Merely one year after the album’s release, he was exiled from the Ivory Coast for his controversial political music and he currently lives in Bamako, Mali. Today, he performs around the world and has become one of the most popular and respected modern musicians to come from the Ivory Coast.

“Françafrique,” released in 2002, is a masterpiece of musical fusion. Sung primarily in French and Dioula, his native language, the album effortlessly blends Jamaican roots reggae with traditional styles from West Africa. In addition, Fakoly incorporates a number of traditional instruments into his music, such as the ngoni, a stringed instrument from Mali, as well as the balafon, a gourd-resonated xylophone closely associated with Guinean Mandinka culture. These influences combine to create a sound that is highly international, while simultaneously emphasizing Fakoly’s roots in West African music.

The name of this album refers to France’s sphere of influence over its former colonies, as well as the policies of French control in Africa that have had a great impact on the continent in the years since decolonization. It is social subjects like these that Fakoly addresses in his songs. In the title track, he opens with the call to “réveillez-vous,” commanding the world to wake up to the atrocities committed in West Africa. He sings of how France and the United States “sell us weapons” and “plunder our wealth,” while these countries still “say they are surprised to see Africa still at war.” Fakoly does not mince words when it comes to France’s policies in Africa, proclaiming later in the song that “they burned the Congo, inflamed Angola and ruined Gabon.” The song’s catchy melody and punchy brass riffs make “Françafrique” a rousing anti-imperialist anthem, a song that is not afraid to tell the honest story about an often neglected side of global history.

Fakoly continues his political critique on another highlight of the album, “Y’en a marre,” featuring Martinican reggae singer Yaniss Odua. This song addresses topics including the assassination of journalists in the Ivory Coast and continued military rule. It is important to note that Fakoly was born into the griot caste, an age-old hereditary tradition of musicians responsible for passing down oral history through music. Through this album, Fakoly channels reggae’s tendency to speak out against social injustice while also telling the history of his country in the griot tradition. Indeed, “Y’en a marre” delves into the historical context for the contemporary issues facing West Africa. He sings how “after the abolition of slavery, they created colonization,” going on to tell how Africa is currently exploited through globalization that is ultimately rooted in this same colonial system.

Although much of Fakoly’s music addresses incredibly painful subjects, he maintains that his music tells a story of hope. He shared in a 2016 interview in Afropop Worldwide that his “principal message is to tell everyone that Africa is the continent of the future, and that us Africans should be proud because the future is ours.” His music examines the past while looking towards the future and shows how beautiful styles of music from across the world can organically come together to form something brilliant and unique. It shows how reggae music can transcend national borders and become a global medium for expressing the social condition of our modern world, while envisioning a brighter and more equitable tomorrow. I believe we can all learn more from exploring this type of music.