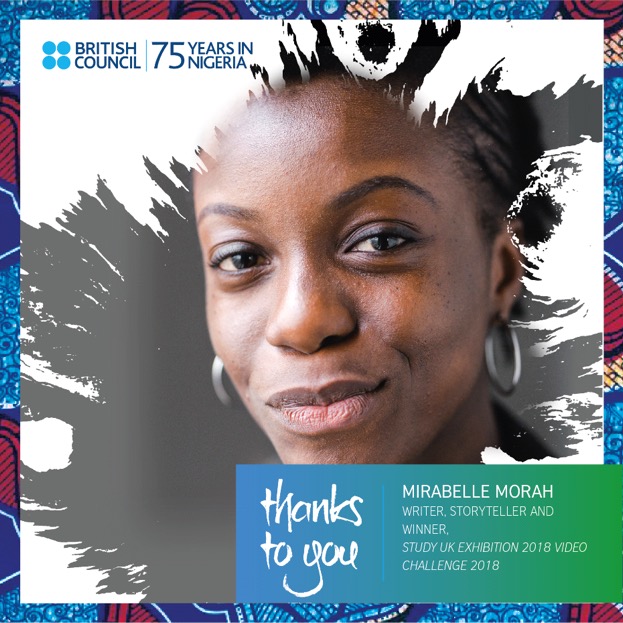 The British Council celebrates its 75th year in Nigeria, and rings in the remarkable years with the #ThanksToYou Campaign.

The campaign highlights many success stories from programme participants in arts and culture, English language education and civil society whose lives, businesses and communities have been impacted positively following the participation.

One of such participants is Mirabelle Morah, a writer and storyteller who won the Study UK Exhibition 2018 Video Challenge and now leads a growing community of young African writers wielding influence through the power of words and stories, and lending their voices towards issues in their communities.

“As the winner of the video challenge, I won a fully funded two-day trip to the University of Gloucestershire in the UK, to have a feel of what it is like to study in the UK, and to also learn more about Media & Journalism while being a Study UK Ambassador,” she explains.

According to her, British Council presented a great opportunity to explore her prospects of pursuing a master’s degree in the UK, especially in the aspects of Digital Media, Communications and Journalism.

Mirabelle’s obvious talents were soon noticed, and she was recruited as a Nigerian Country Representative for a Common Futures conversations project with Chatham House (The Royal Institute of International Affairs in London) where she is working in building a platform to foster positive policy dialogues between youths in Nigeria and elsewhere in Africa and Europe.

Mirabelle is the Editor-in-Chief of BlankPaperz, a growing community of young African writers wielding influence through the power of words and stories and lending their voices towards issues in their communities.

In 2017, Mirabelle received the Study of the United States Institutes for Student Leaders Scholarship Honour from the US Department of State to study Social Entrepreneurship at California State University, Chico. In 2018, she was selected as one of the 33 Global Teen Leaders for 2018 from around the world for her contributions to peace and education.

British Council is inviting past programme participants to celebrate its 75th anniversary with them by submitting stories of their experience and the impact it has had.

Visit British Council for more information about how to participate in the 75 Stories campaign or follow on social media #ThanksToYou, #75Stories #BritishCouncilAt75. 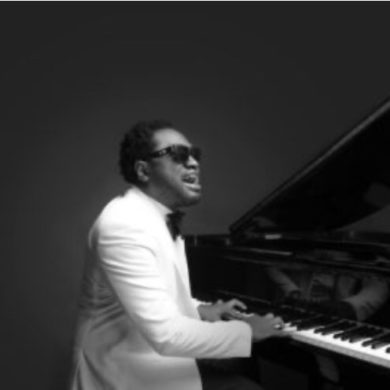